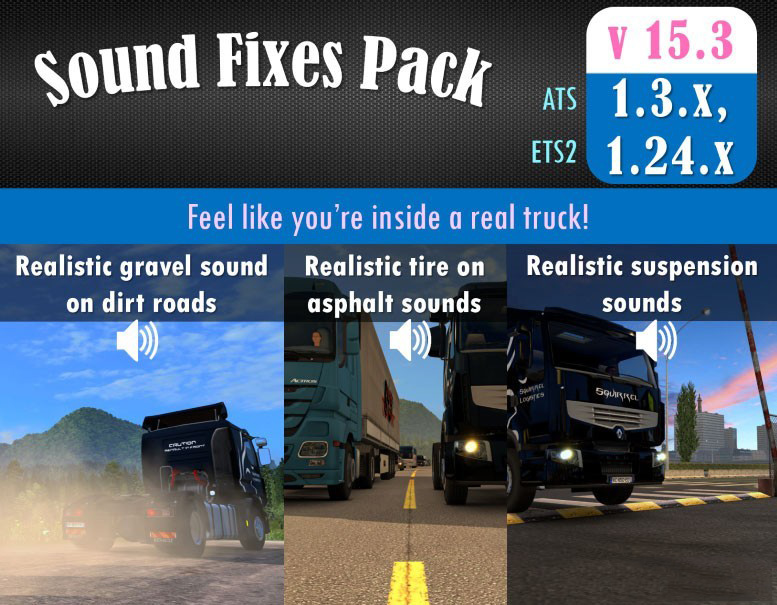 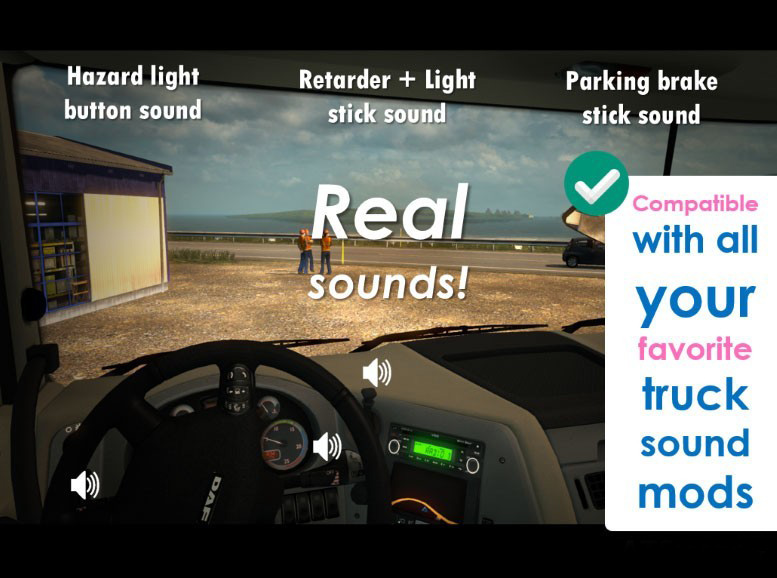 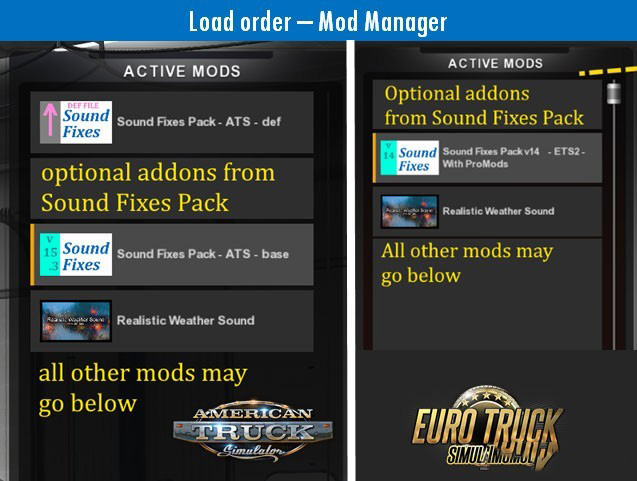 2 – Suspension: enhanced suspension sounds to include sounds of cabin squeaking, key swinging and movement of the cabin.

8 – Classic/historic ding sound for while the fuel is pumping (circa 1960s to 1970s). The number of dings give you an idea on how much you refueled.
9 – Real fuel pump, fuel lid sounds, door close, seat belt click and key insertion sound effect for after refueling to a full tank.

16 – AI traffic vehicles given new horn sounds. Depending on the patience of the driver, a short or long honk may be used.
17 – AI traffic trucks/buses given more variations of sounds (turbo, engines, gear changes).

21 – You can hear the slight sound of vehicles overtaking you or passing by you in the oncoming lane.

23 – Pattering of rain on windshield audible in the cabin during heavy rain.

Supports compatibility with Realistic Weather Sound 1.7.6 (provides realistic thunder and exterior rain sounds).
Both mods can be enabled at the same time. Sound Fixes Pack must have higher priority.

Wind and tire noise too loud? No problem. You can configure its volume using these developer commands. Syntax is as follows:

– SCS Software for base sounds
– Drive Safely for pitch, reverberation and sound edits, some sound samples and compiling mod
– antonvezdehod, Ludmilla and Katixa/Irreo for some tire sounds
– Balamut for some key swing and light suspension sounds
– AlexeyP for some trailer coupling and fuel pump sounds
– Stewen for some improved AI truck sounds
– nIGhT-SoN for raindrop definitions