American Truck Simulator is back! 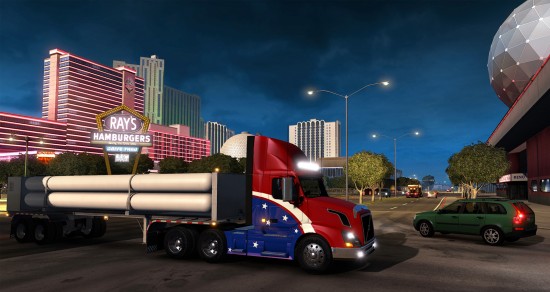 We find out in a new article from SCS’s World of Trucks newsletter that American Truck Simulator will be released this year. After they finished releasing the new Scandinavia patch for ETS2, they intend to ‘switch the gears’, as they say, and will focus more on American Truck Simulator. So, we will find more and more stuff about the upcoming ATS game.

An important thing to say is that we will get a few trucks with official licensing. The possible release date of ATS is later this year. I would say that we can expect it to be released at least in the fall of 2015.

Stay tuned and follow us on Facebook to be up to date to the latest new about American Truck Simulator!