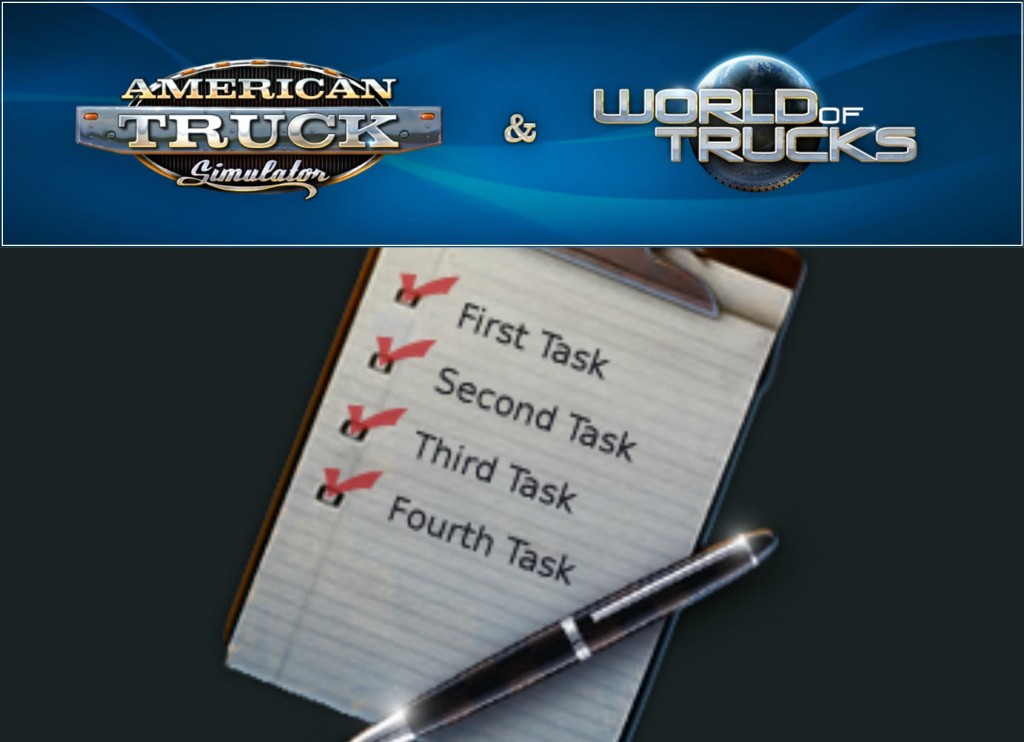 American Truck Simulator is well on its way to the February 3 release, and we thought that it is time to discuss the plans for its integration with World of Trucks universe.

On release day, we are going enable the support for uploading screenshots and setting custom license plates of your truck. We expect that shortly after release we will see a huge amount of great shots uploaded to the service from the game. The editorial team is constantly overwhelmed by the volume of great shots appearing every day, so it is very likely that they will have a hard time picking a few of the best to use for the Image Spotlight feature in ATS loading screens.

But we ALL expect more from World of Trucks eventually than just a glorified facebook for game screenshots, and there is definitely more on the way. Since the release of Contracts feature for ETS2, over 4.8 million tons of cargo had been transported. Contracts are coming to ATS as well, however first we need to verify that the networking infrastructure is ready and will work under load, so it will be rolled out in an update soon after release.

We are currently improving Contracts by adding an ability to list and take Contract jobs directly from inside the game, not having to take a detour via the World of Truck website. It should add to convenience and usability. Even if some features may over time migrate into the game client, it is important to keep them exposed through the website interface, and it will also be the case here. We are going to build further superstructure on top of Contracts while implementing Virtual Trucking Companies (VTC) support.

There is one more little announcement we need to make: We are about to say good bye to an existing World of Trucks achievement – “Refined Identity”. One of the reasons is that we are soon going to introduce more fine-grained privacy settings for users of the website, but actually the main pressure for its removal is technical. As our server infrastructure is growing and we are migrating most of the services to cloud-based back end, the related database queries are getting difficult to perform cheaply and effectively.

As a result, this particular achievement will become a “Legacy Achievement” and it will no longer be possible to earn it. The plan is that as of February 1, we will switch off the detection code for this achievement, so it will no longer be possible to get it. But if you have earned it already or will be able to grab it in time before Feb 1, it will stay in your profile. If you are a bit on the compulsive hoarding extreme collector side of the spectrum and need to have it all, you only have a few days left, so grab it while you still can! 🙂