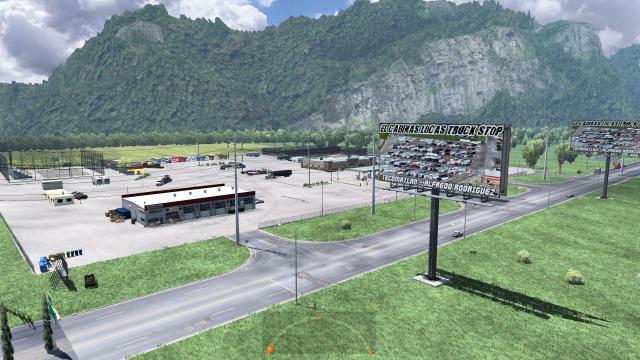 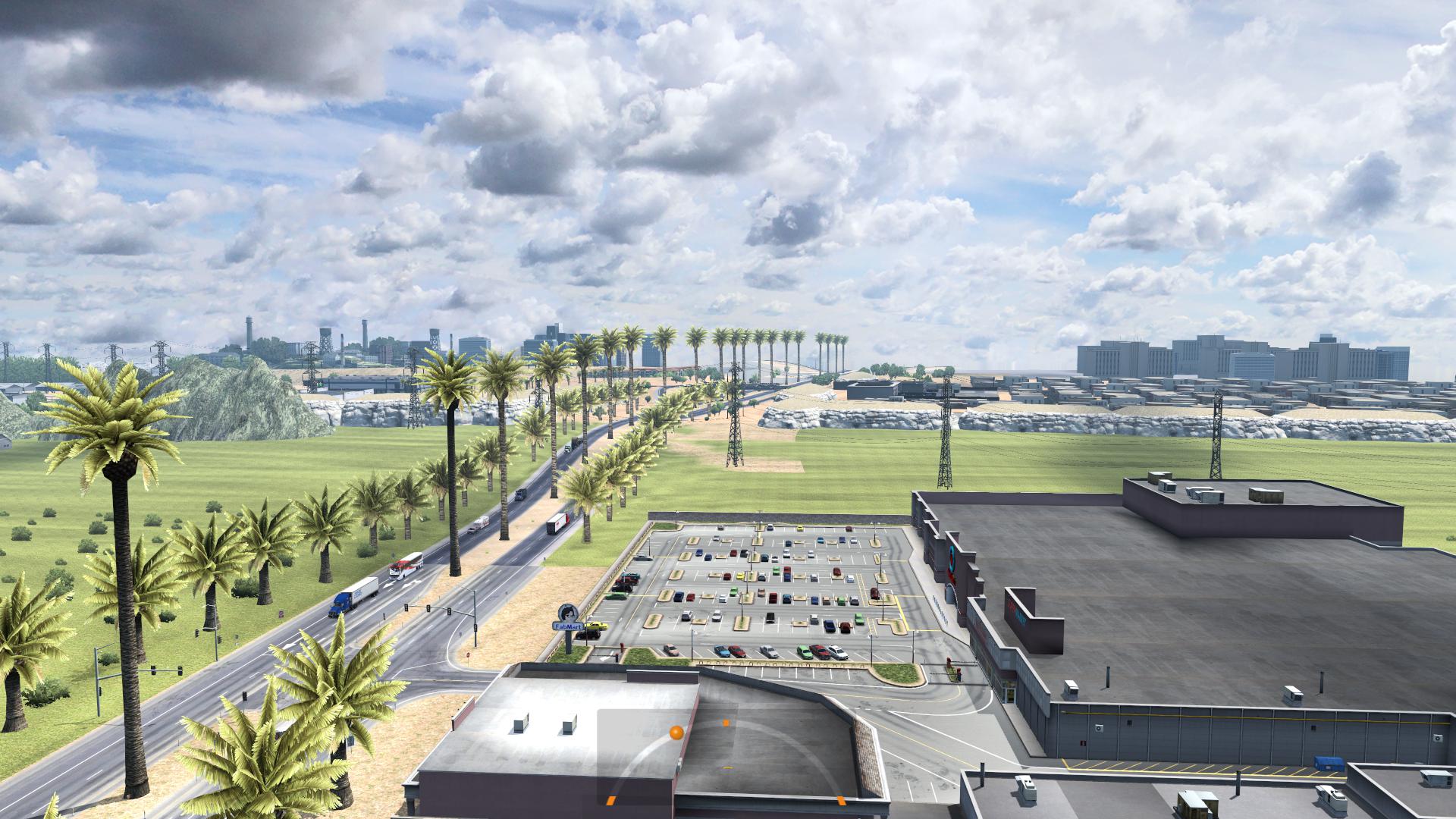 Descriptions:
New and last version of the Fictional MAP ATMX (or Mapa del Tio Alta, whatever xD )for American Truck Simulator 1.36.
Requires MEGA RESOURCES 2.1.4 (or 2.1.5 if you have Sierra Nevada) From Eblem Torres/Raul Martinez and DLC Maps (OR, NM, WA and UT) to work.

The Pack contain:
ATMX Base (Map Base with 90 towns to play)
ATMX Mountain Roads (Map created by Buggernuts in ATS 1.30, but i separated from base map and put in a separate sector, connect in atmx via ferry)
ATMX Bus (Bus works in the ATMX and Mountain Roads) (Optional)
ATMXDBMX (Addon for the ATMX + Mexico + Centrales DBMX (Bus Stops))
VMATMX (Viva Mexico – ATMX Ferry)

UPDATE 2.0
a) ERASED all Anime References from the traffic bus and trailers (Only in the 2 billboards because the mascot of the ATMX “Fabmontse”)
b) Make 4 secret roads.
c) Up to 9X towns from 52 in the 1.0 version
d) Updated the MOUNTAIN ROADS from Bugg3rnuts to 1.36 and adding as addon for the atmx.
c) Added a Bus Addon (prefab by Tio MagoDBMX) to use the passengers contracts in the ATMX and MR. (Optional)
e) The traffic contain real mexican logistics companies and in the bus the skins have a real bus lines, and the intense of traffic down.