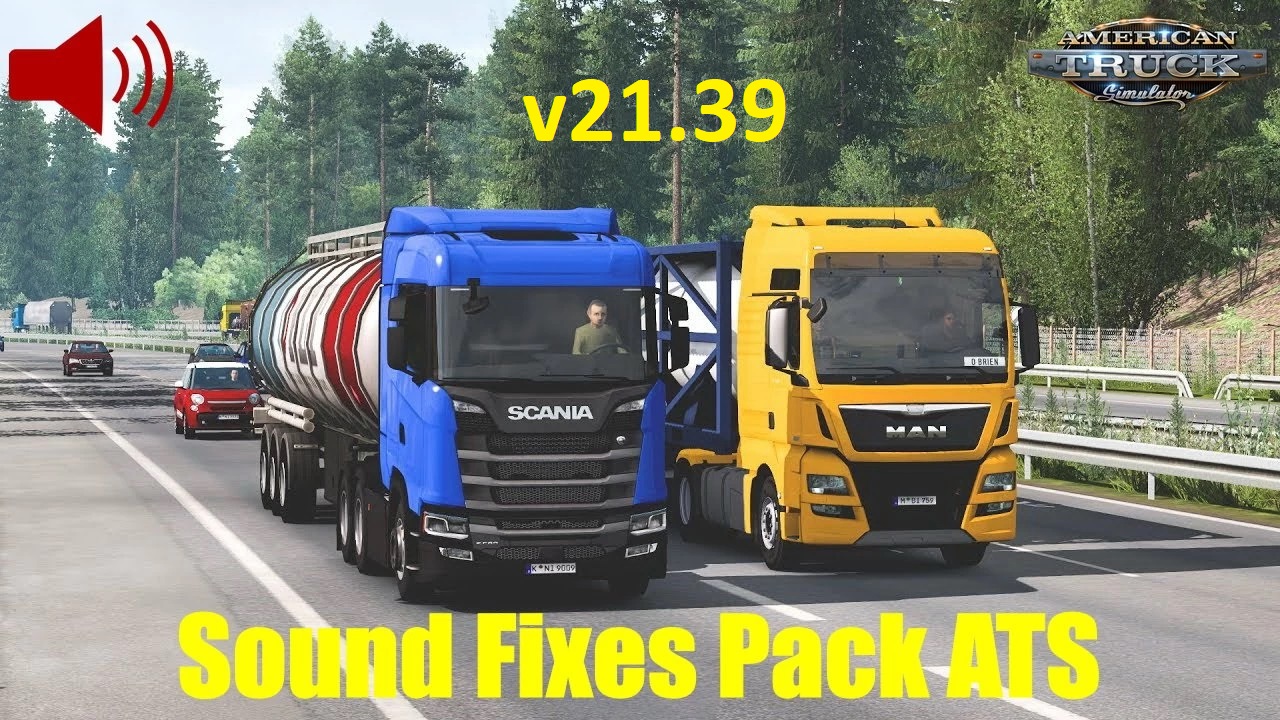 – Pack provides essential improvements to common sounds in the game for increased immersion.
– For over 5 years, the Sound Fixes Pack continues to strive for making the game’s sounds feel like real life.
– The mod receives regular updates to cover more sounds to add immersion. Thus the Steam Workshop version is highly recommended for quicker updates.

* ETS2 1.41.0 + ATS 1.41.0. No errors in game log. Must have high priority in Mod Manager.
* Supported in single-player mode.
* Compatible with all maps and all trucks, including truck mods.
* Does not replace individual truck sounds, so this mod can be used with an unlimited amount of truck sound mods of your choice.

The mod features dynamic and realistic sounds, covering the following: