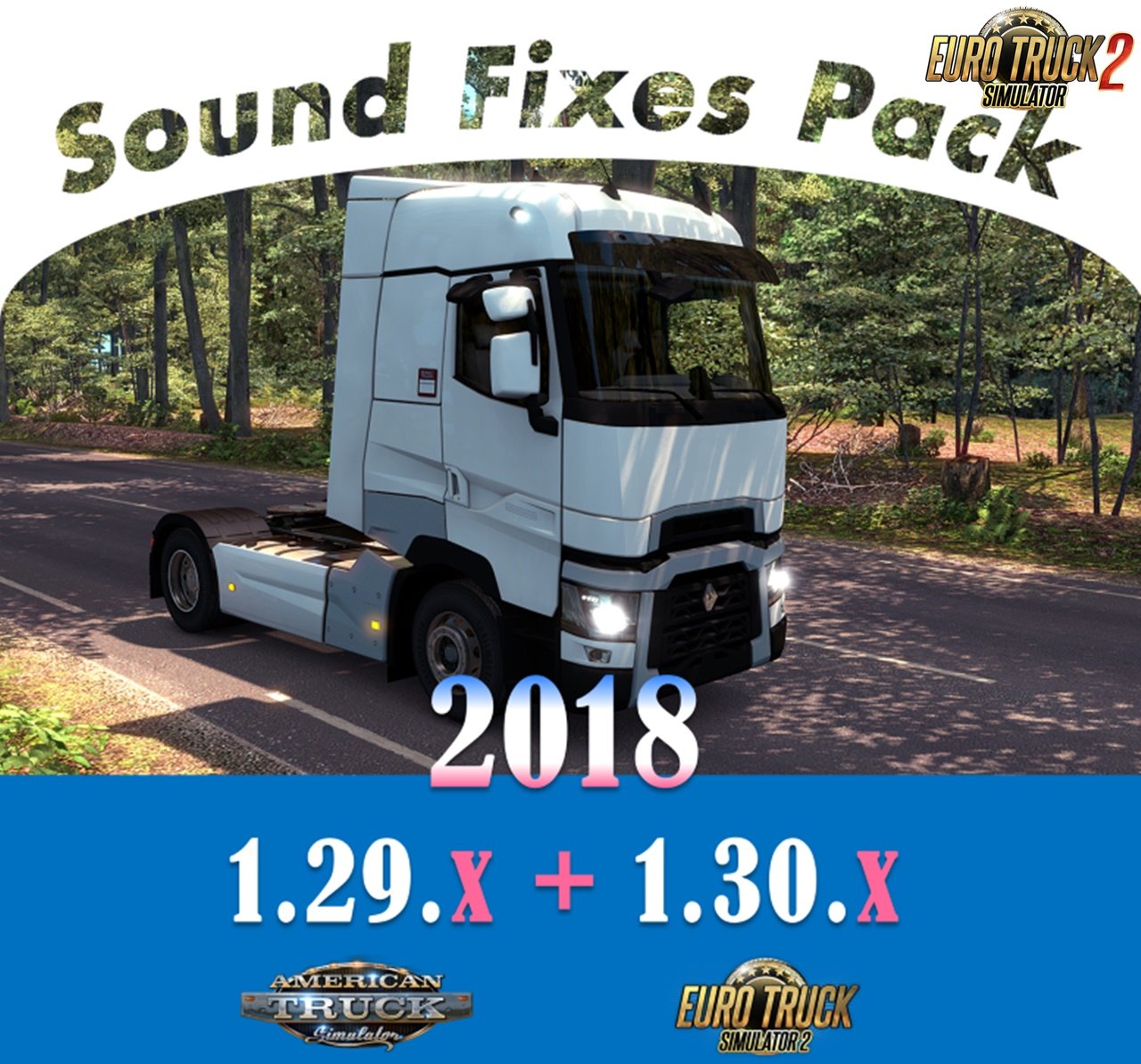 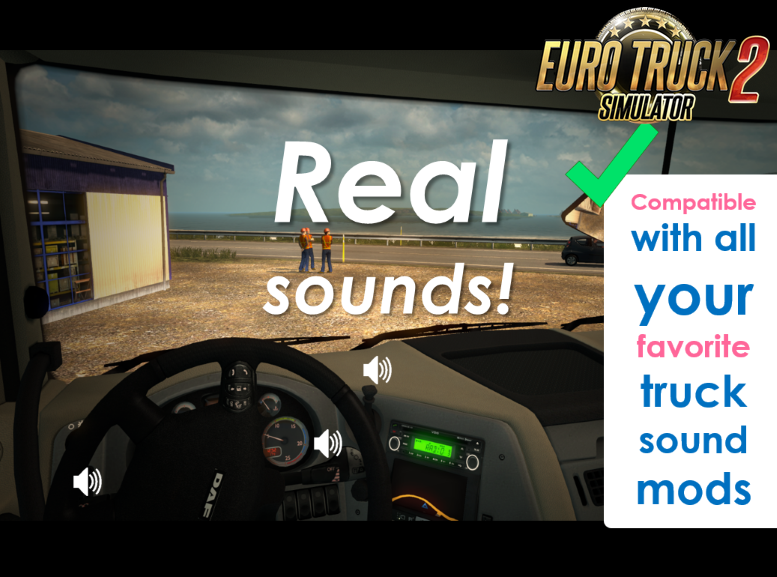 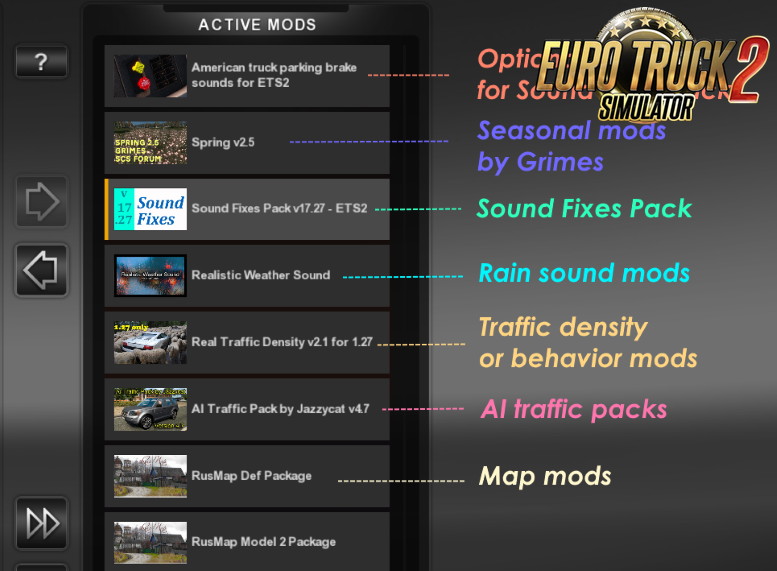 -Rolling over to v18.0 for 2018.
-Testing new interior_sound_volume of 20% for external environment/traffic sounds heard from cabin (quieter).

If this version is good I will be uploading the non-Steam download.

– This pack provides improvements to common sounds in the game, making them feel more immersive and real.
– The goal of the mod is to make the game’s sounds feel like real life!
– The mod is frequently updated to bring more real sounds into the game.

Compatibility
* ETS2 1.30.1 + ATS 1.29.1. No errors in game log. Must have high priority in Mod Manager.
* Compatible with all trucks, including truck mods.
* Does not replace individual truck sounds, so can be used with an unlimited amount of truck sound mods of your choice.
* Compatible with all maps.
* Supports compatibility with rain sound mods such as Realistic Weather Sound 1.7.7

(provides realistic thunder + rain sounds). Both can be enabled at the same time.

Check the load order image included for more details.
* If using any of Grimes’ seasonal mods, place the seasonal mod with higher priority

ranges plugin from Sound Fixes Pack by inserting this line into def/traffic_data.sii: @include “traffic_data_update.sui”

* Real interior + exterior tire sounds. Tires will resonate in the cab depending on

how fast you are accelerating and what speed you are in, giving a feel for your sense of speed.
* Heavier gravel sounds on dirt/gravel roads.

The number of dings can help give you an idea on how much you refueled.
* Real fuel pump, fuel lid, door close, seat belt click and key insertion sound effects for after refueling to a full tank.

Can be heard when you have damaged the transmission and/or gearbox.
* Air cutoff sounds less audible in interior.

* More refined generic AI traffic car sounds. Less buzz noise and more tire sounds and quiet engine sounds.
* AI traffic vehicles given new horn sounds. Depending on the patience of the driver, a short or long honk may be used.
* AI traffic trucks/buses given more variations of detailed sounds (may include turbo sounds,

in various AI Traffic mods and in stock trucks from the original game.
* You can hear the slight sound of vehicles overtaking you or passing by you in the oncoming lane.

(includes both daytime and nighttime ambience such as cicadas and crickets).
* Suitable volumes and sounds of environmental ambience for various map mods.
* Some suitable sounds included for various companies and delivery points.
* Improved sounds for animated gates mod.

WARNING: Not recommended to use more than two air horns at a time. [ATS only]

Set tire and wind volume
Wind or tire noise too loud? No problem.

You can configure its volume using these developer commands.

Syntax is as follows:

Credits
* SCS Software for base sounds
* Drive Safely for pitch, reverberation and sound edits, some sound samples, and for compiling mod
* antonvezdehod, Ludmilla and Katixa/Irreo for some tire sounds
* Balamut for some key swing and light suspension sounds
* AlexeyP for some trailer coupling, gate/barrier and fuel pump sounds, and sounds from Improved Environment Sound
* nIGhT-SoN for raindrop definitions