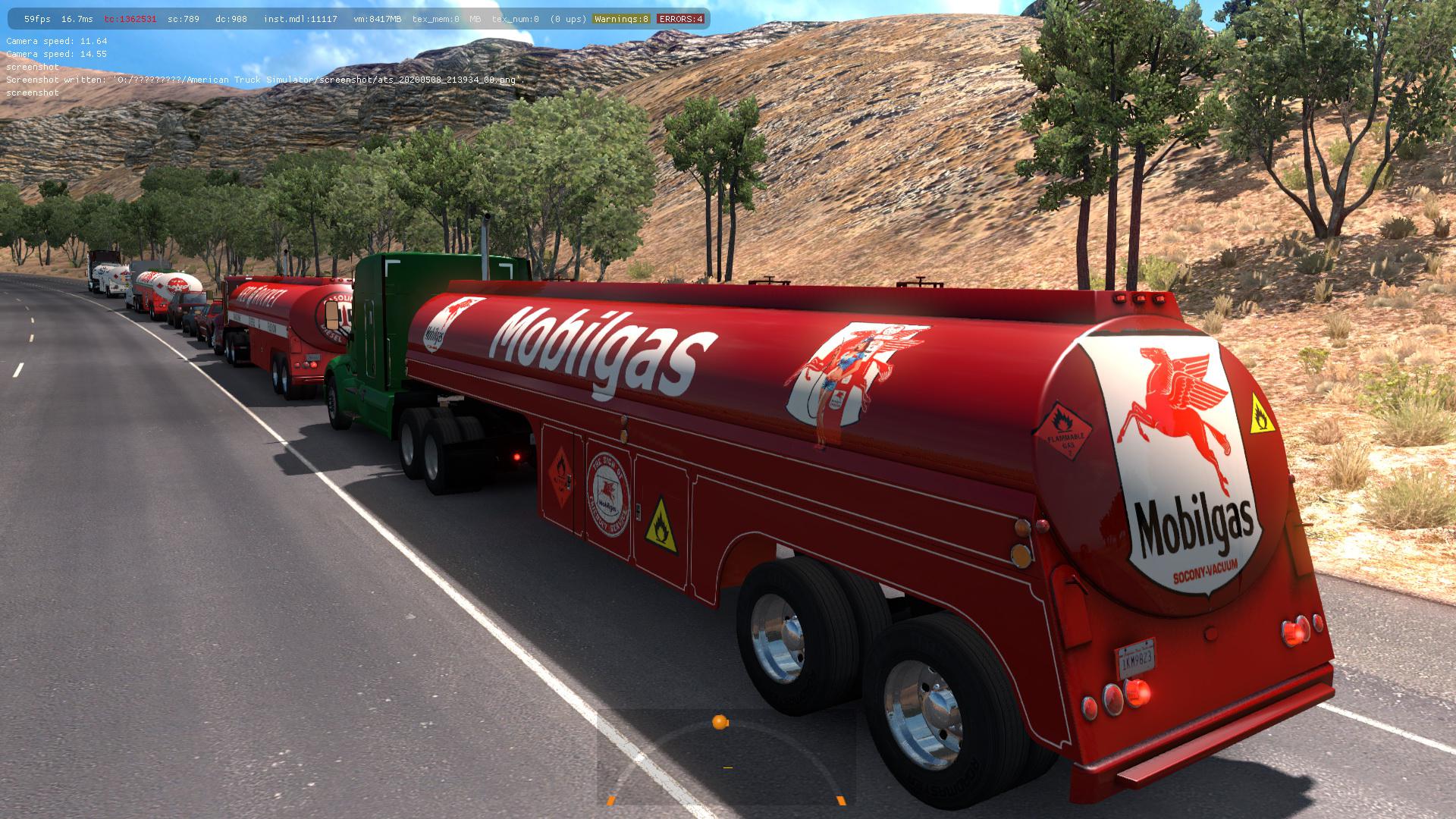 My assembly what has been done:
1. Connected several mods into one.
2. Replaced 6 skins for purchase in the property.
3. Replaced (5) and added (1) skins to company orders.
4. Prescribed all tankers in traffic.

The Fruehauf Trailer Corporation, formerly the Fruehauf Trailer Company and the Fruehauf Corporation, was an American company manufacturing and selling truck trailers and other machinery and equipment headquartered in Detroit, Michigan. It was founded in 1918.
Fruehauf had 16 factories and more than 80 distributors for parts and service.
In 1997, the company went bankrupt.
Currently does not exist.
Wabash National acquired the crippled company in 1997.

This autonomous tanker is based on a trailer that you can see in the movie “Duel” by Stephen Spielberg. It is available in four versions: Duel, Chemso, Gallon Oil and regular. You can choose an option when selecting a job. You will also see this trailer in AI traffic. Available loads: aromatic, diesel, gasoline and solvents. The model was made by me from scratch. There are actually two tankers in the film: the first was destroyed in the final scene during the initial shooting. Spielberg later did additional scenes for the full-length theater version. If you look closely, you will see the differences between the two trailers. The author made this trailer to look like the first one that appears in most scenes. Enjoy it!

The desired tanker skin is selected based on the company in the trailer browser.