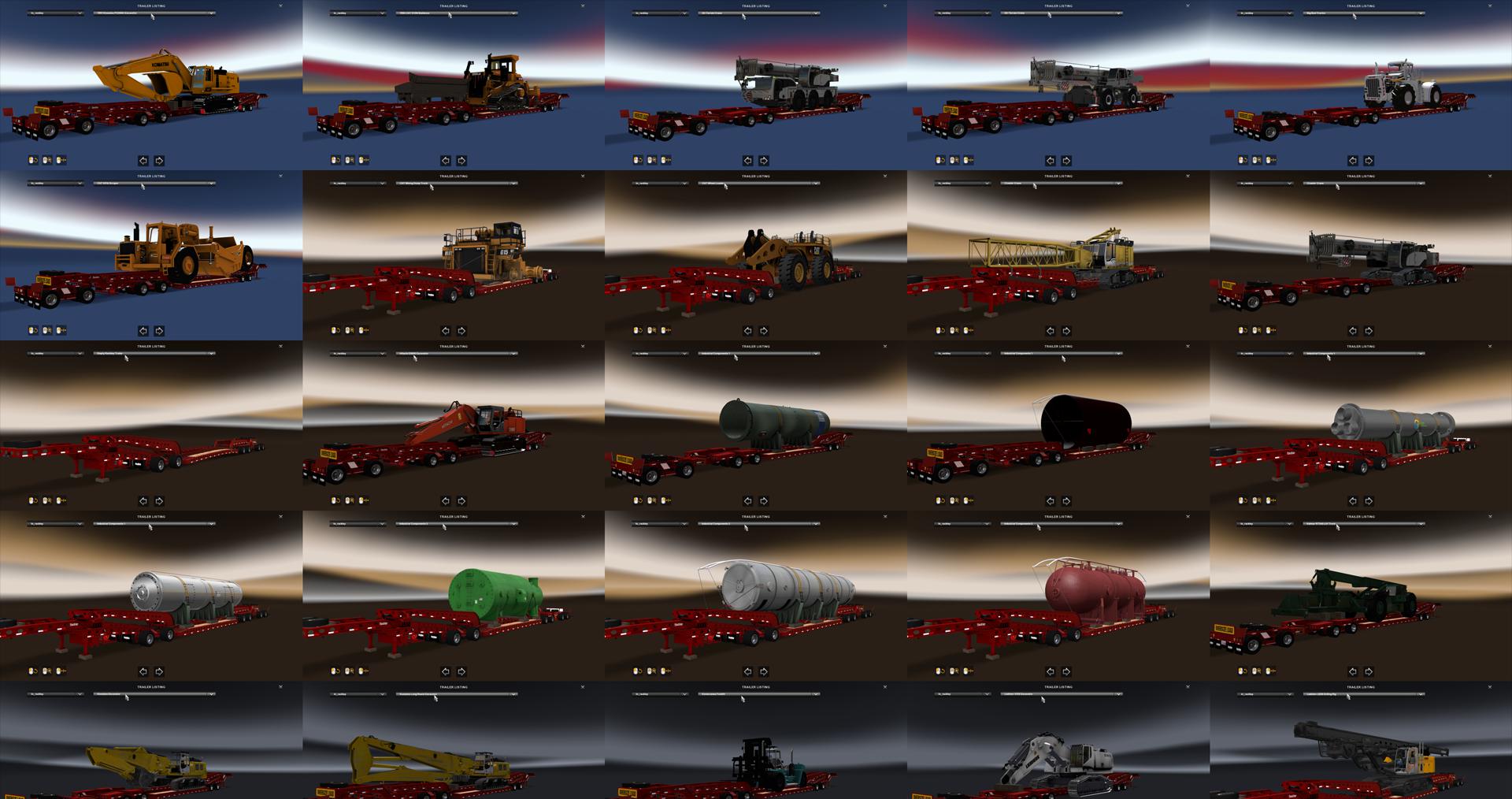 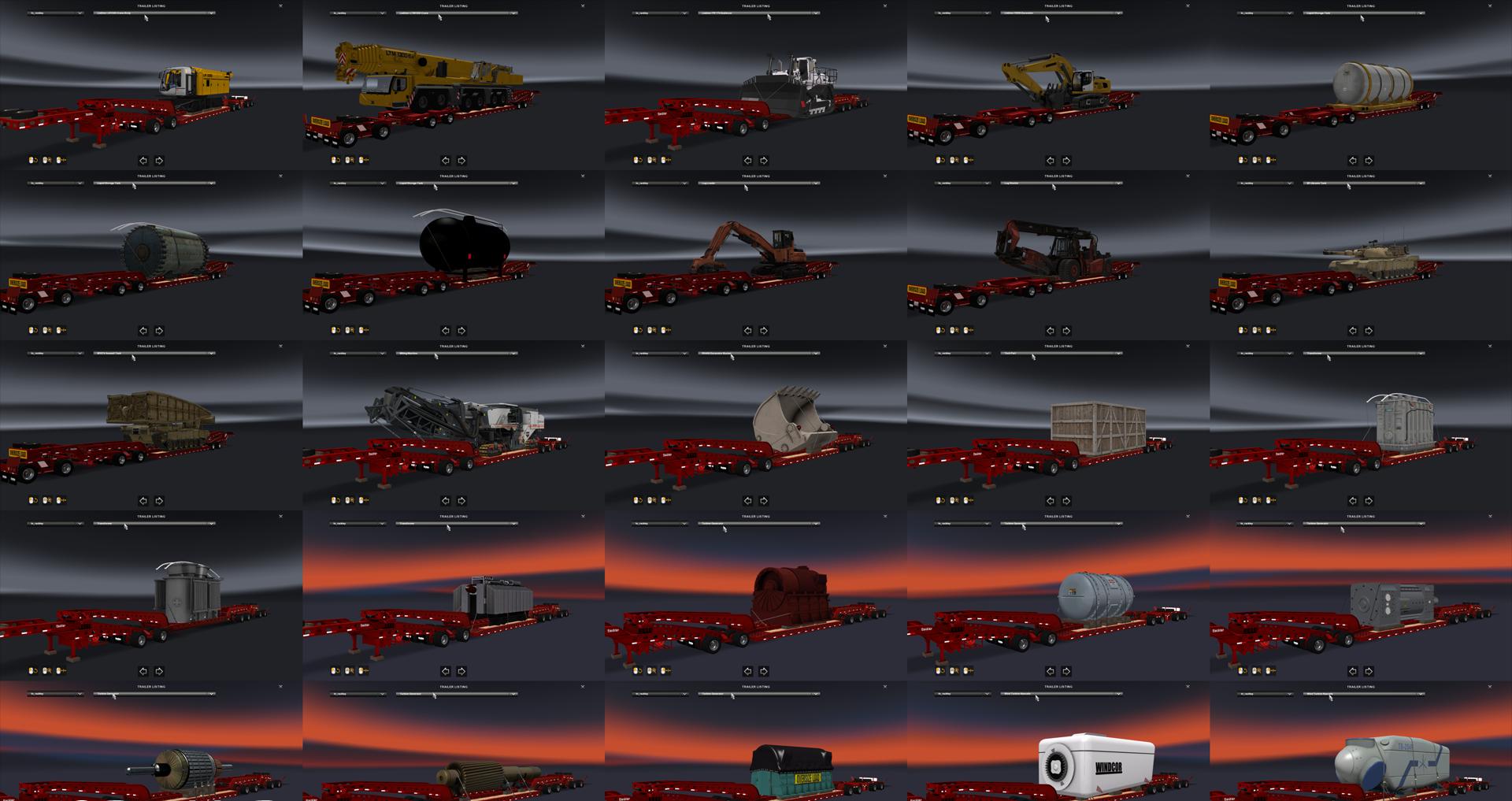 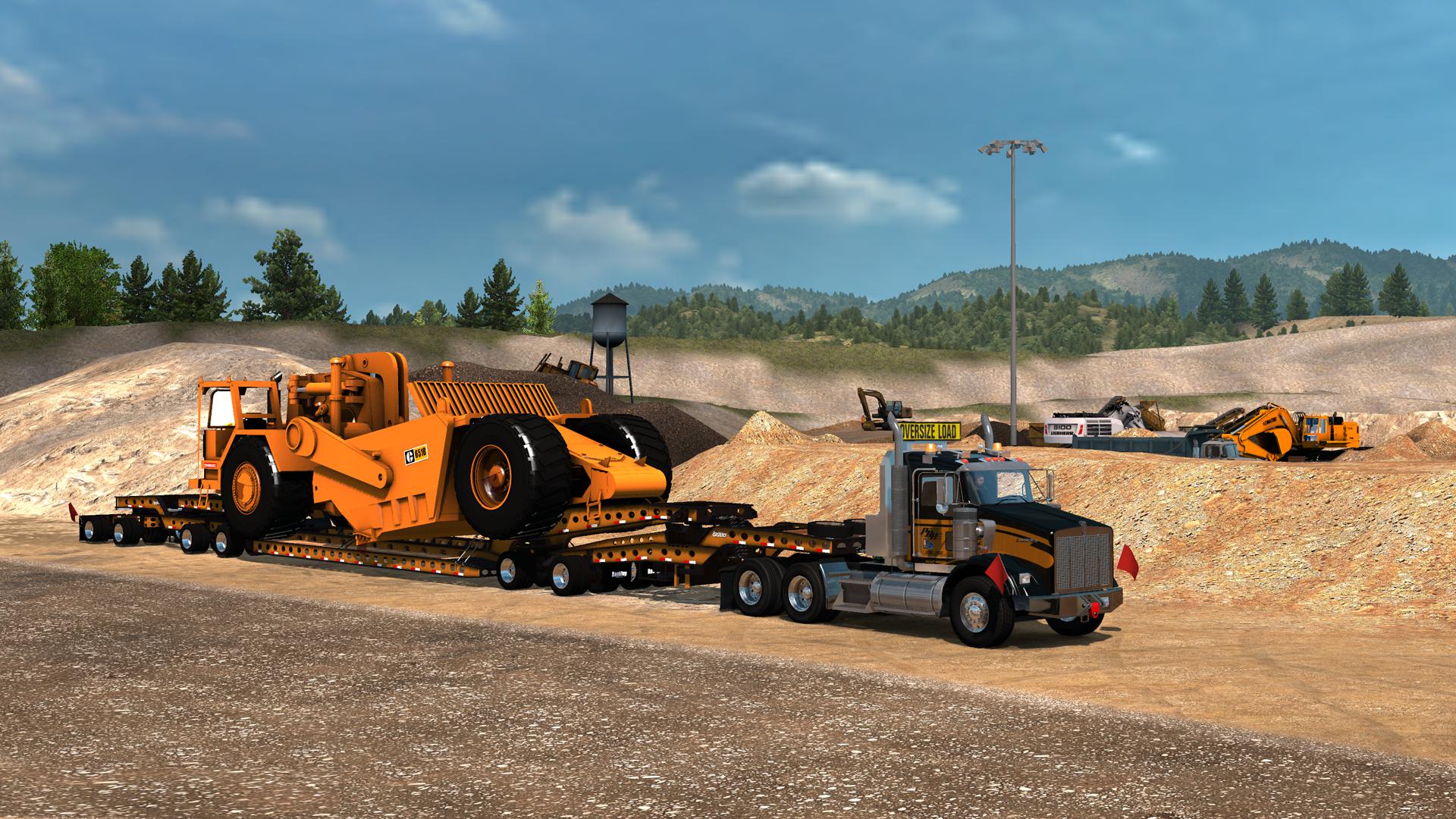 Descriptions:
The original Rackley 9 axle mod is NOT my trailer. It was originally leaked from a private group so I’ll probably get flak for releasing this edit, but who cares at this point, the leak is already outdated.
The 9 axle is one of my favorite trailer variants but there were many things I wanted to do to it, such as adding a steerable version and more loads.
None of the new loads, models, textures, etc., that are added are my own work either. All are from SCS trailers or other released trailer mods.
I know not all the loads are realistic in terms of weights, sizes, and legal axle configurations. (You can change weights or remove loads by editing/deleting their corresponding .sii files)

Changes:
-Updated for ATS version 1.36.
-Works on DX11.
-Added “steerable” version.
—Not very realistic compared to the real thing but it’s the best I could manage with the game limitations.
-Added new loads/jobs from other trailer mods.
—33 loads (with a total of 50 different model variations).
——All with steerable/non-steerable options and many with multiple load model variants selectable in the job gear icon menu (some job sites are bugged).
—Included many of the new companies from the DLCs (UT, WA, OR, NM, AZ, and NV).
——DLCs arent required for this mod, you just wont have access to the DLC job sites if you don’t.
—Tried to keep it somewhat realistic with what loads are delivered to the different types of companies.
-Added beacons, line hookups, trailer cables, and flags.
-Shortened the model to approximately the standard length measurements from Rackley’s website, to the best of my ability.
—Deck is 28′ long, etc.
-Misc. model changes and additions.

Authors:
Dwade, Riccosuave, anyone who worked on the load models (pinga, jazzycat, roadhunter etc.), and everyone else whose models were used