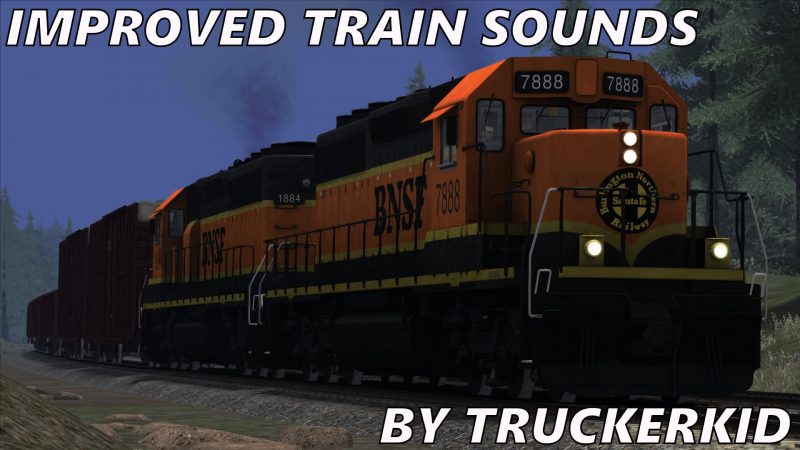 This mod replaces the standard trains sounds in ATS with an improved version that adds an engine, horn*, bell sound*, and rolling stock/rail noise**.

UPDATE: Mod has been updated to be compatible with the new 1.34 update.