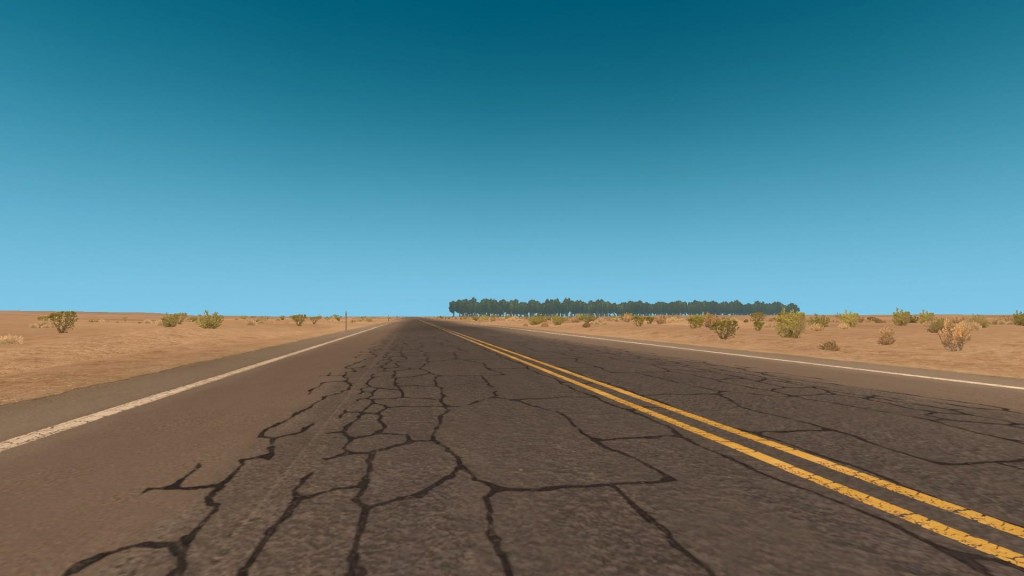 At first when I started experimenting with the map scale, I wanted to make it more ETS2-like but when I did that, some things changed badly, so I started experimenting further. After more than 10 attempts I finally managed to make distances more realistic and yet keep the scaling close to the default, so that most of the things remain the same. The thing is, when I started editing the map, I forgot Mantrid’s map was already in the mod folder, so here’s what’s different about this map:

1. Mantrid’s changes regarding the too low speed limits on the highway and a traffic light near Tonopah.
2. Realistic distances (i.e San Diego – Redding ~ 650 mph, instead of the default value which makes that distance a little more than 800 mph; I used several web sites for calculating distances by car).
3. Time runs just a bit slower. Not too slow but not too fast either.
4. Reducing the map scale also partially fixed the problem with the insufficient fuel tank even when it’s 100% full and with eco skill. I say “partially” because now I arrive at the destination not with half tank but with about 70% (rougly calculated) full tank.

I would like to make timer to run slower and yet keep the current distances but for that SCS will have to recalculate map scale to match the difference between KPH and MPH. At the moment it doesn’t seem to be matching that difference.