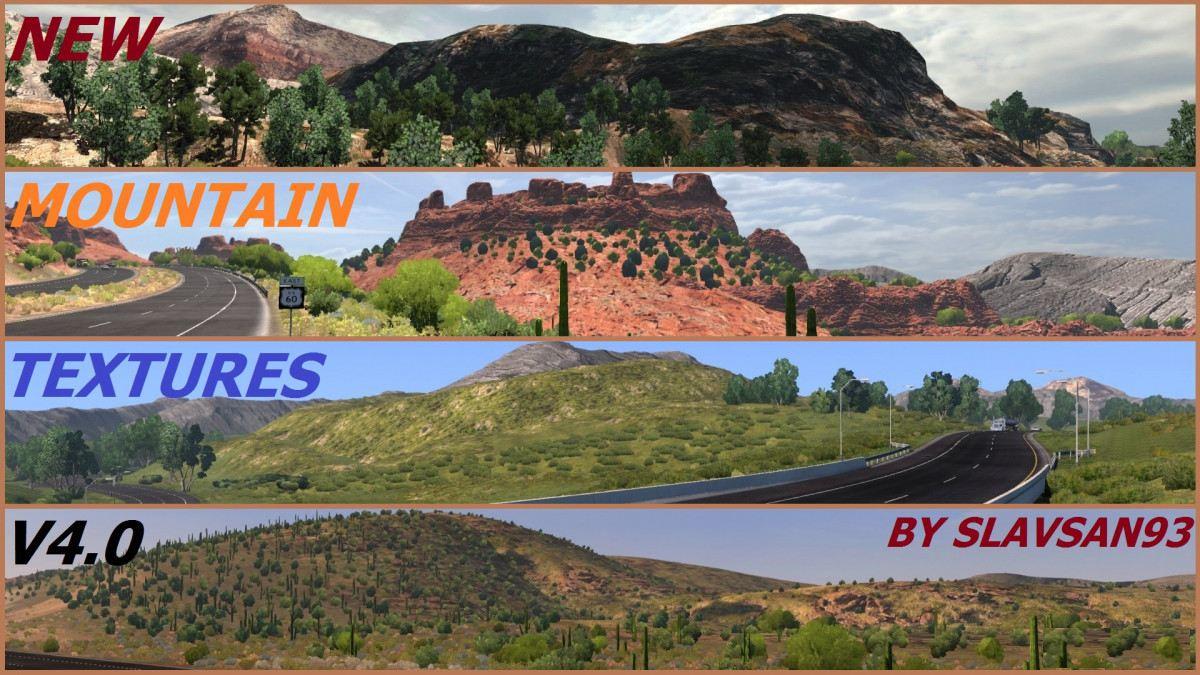 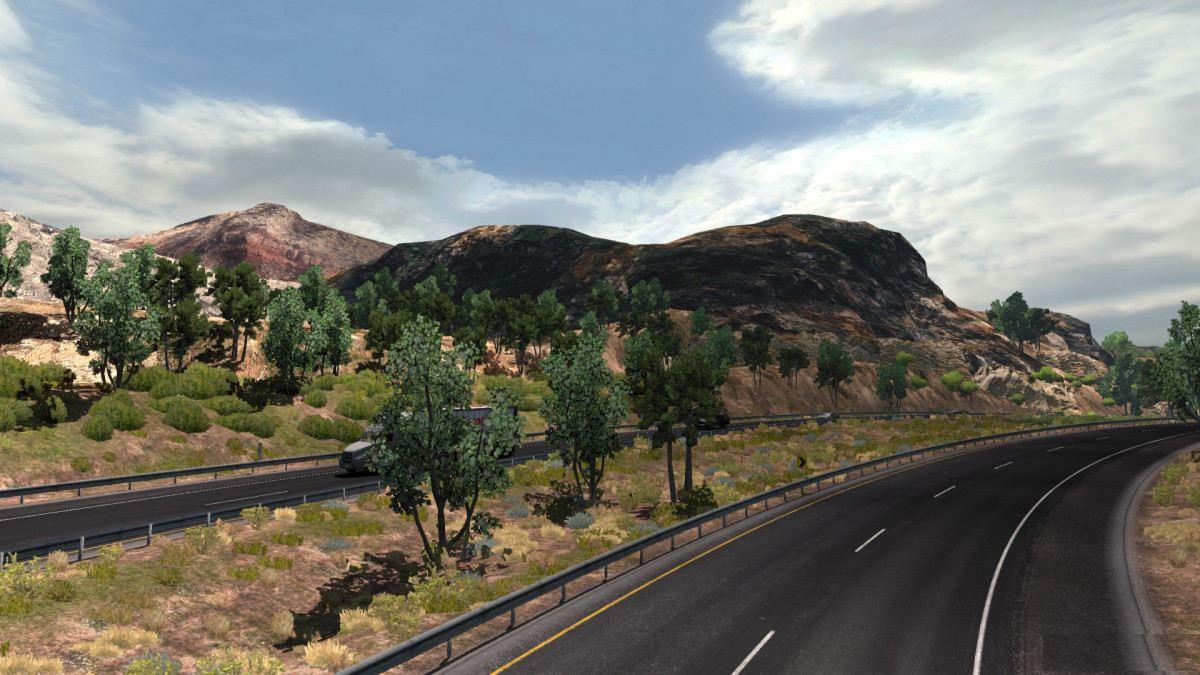 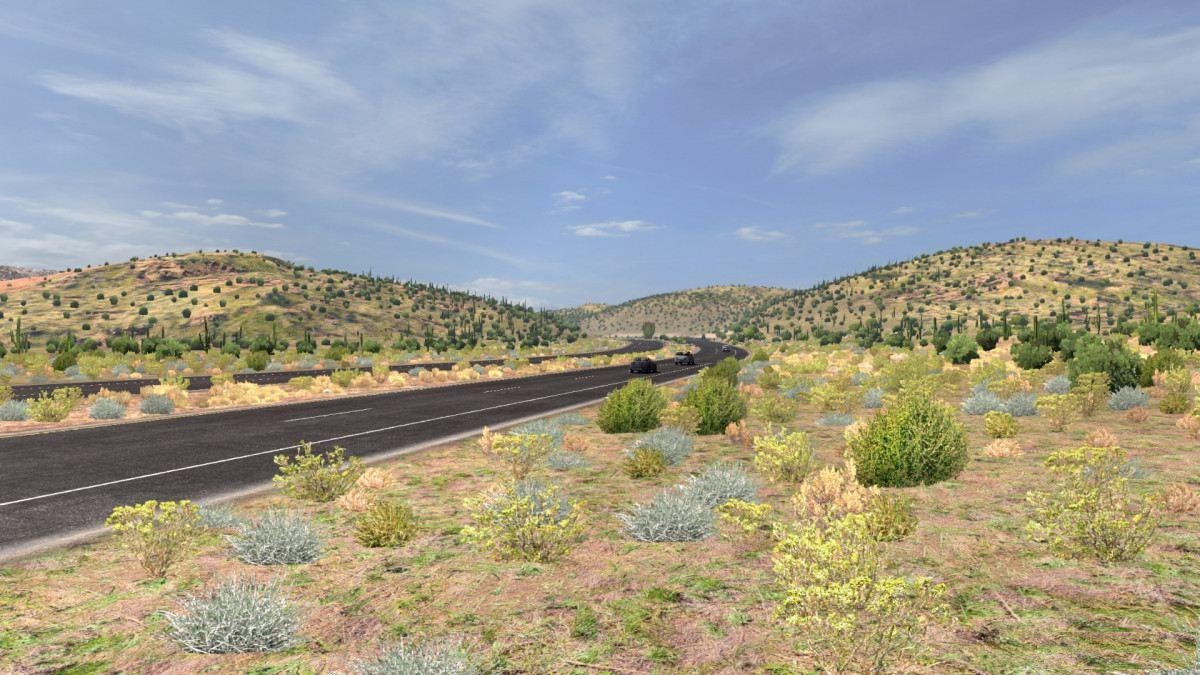 Descriptions:
This mod replaces textures for mountains around the map of ATS. If you like taking cool pictures and want to take a fresh look at the world of ATS, then this mod is for you! From mountains and deserts in California to Grand Canyon in Arizona, and red rocks around the map for a more realistic and diverse look.

FYI: the screenshots for this mod have been taken while using FRKN64’s Reaslitic Graphics Mod with Darker Graphics Add-on, brightness set on 40% and Color Correction turned off. Alongside with my other mods: Enhanced Vegetation and Realistic Roads.

In version 1.0:
– Replaced texture for mountain assets that are used majorly around the game world

New in version 2.3:
– Improved some textures that were added in the previous version
– New texture for hills in the deserts of California and Nevada
– New texture for cliffs at the coast seen from afar (west of Oakland)
– Some minor corrections

New in version 3.2:
– Reworked texture for most common mountain assets (from version 1.0)
– New texture for hills in the deserts
– Reworked textures for rocks in the deserts and the snow mountain on route 5, north of Redding
– All terrain textures have been sharpened, darkened and saturated for a more realistic look
– Some terrain textures in Arizona have been toned to red to match the red rocks and cliffs
– New texture for mountain seen by the highway 10, west of Tucson, Arizona
– Some other minor texture corrections