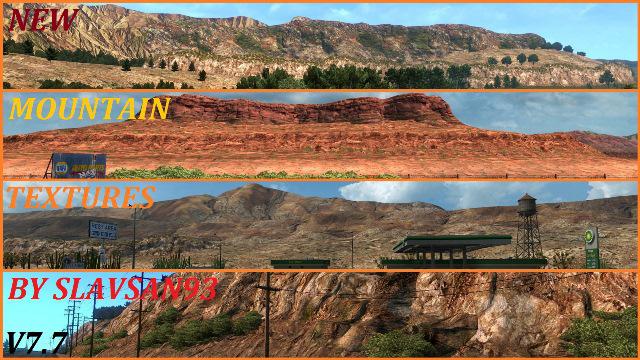 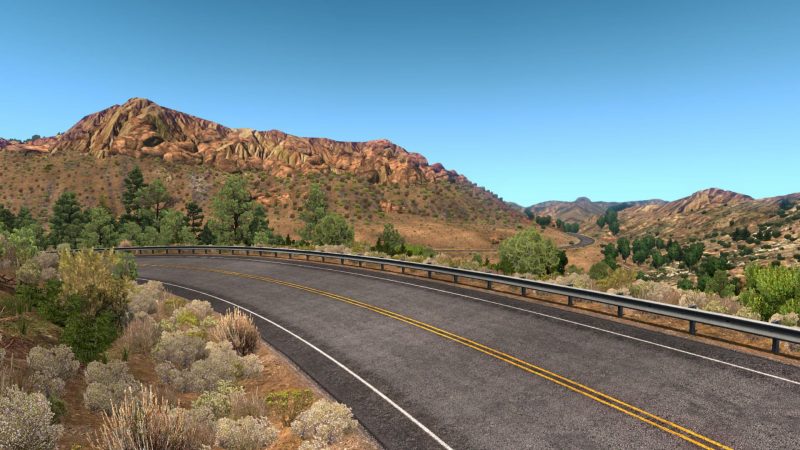 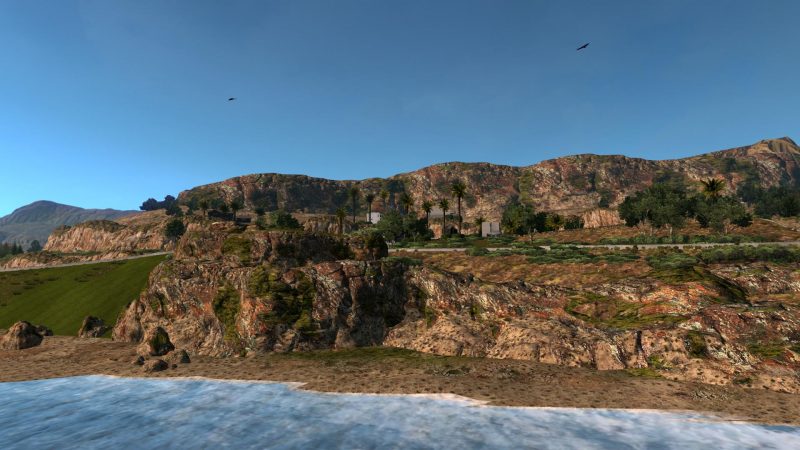 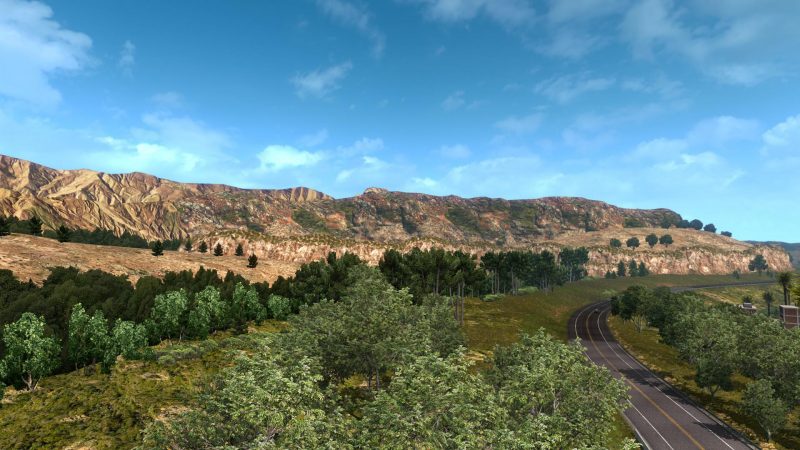 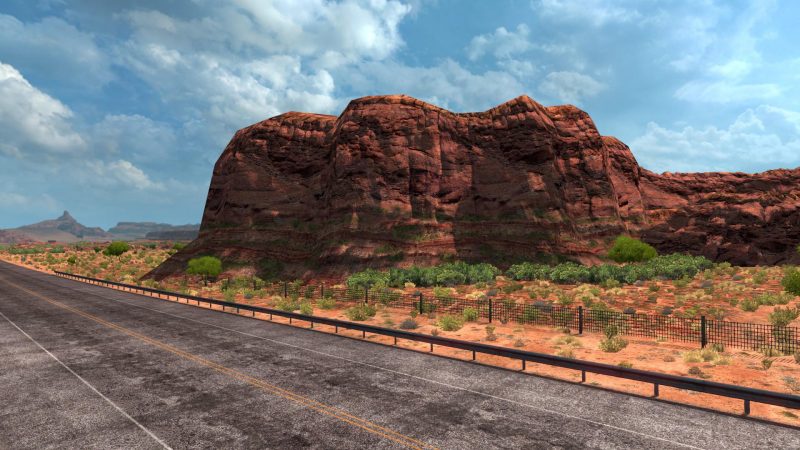 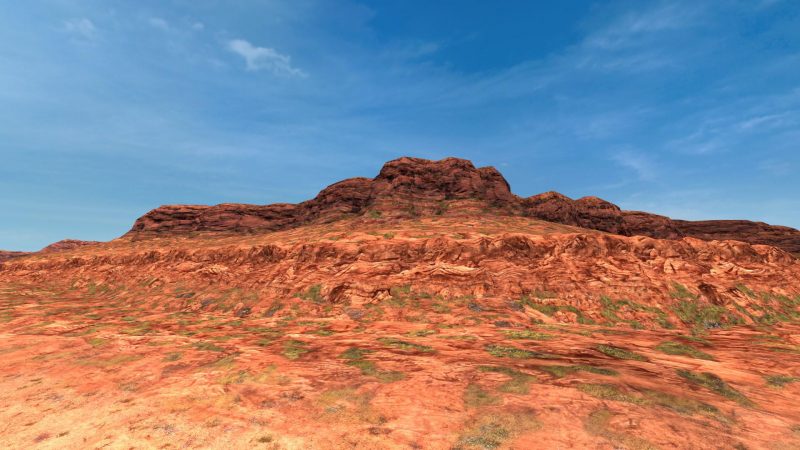 This mod replaces textures for mountains and terrain around the map of ATS. If you like taking cool pictures and want to take a fresh look at the world of ATS, then this mod is for you! From mountains and deserts in California to Grand Canyon and red rocks in Arizona, for a more realistic and diverse look.

FYI: the screenshots for this mod have been taken without graphics mods, brightness set on 40% and Color Correction turned on. Alongside with my other mods: Enhanced Vegetation, Realistic Roads and New Mexico Mountain Textures. I really recommend you use all of the mentioned mods together for the best experience 😉

WARNING: if you play the game with OpenGL instead of DirectX, then you will experience the almost complete world blackout (black textures). It is recommended to play the game with DirectX if you want to play with my texture mods.

If you are using graphic mods that contain textures, please make sure to set this mod to higher priority.

New in v7.7:
– A few new textures for terrain
– New texture for cliffs and rocks in California and Nevada
– Reworked textures for red rocks in Arizona (also added some grass, so they don’t look too dry)
– Tweaked some textures for mountains and hills
– Other tweaks and improvements