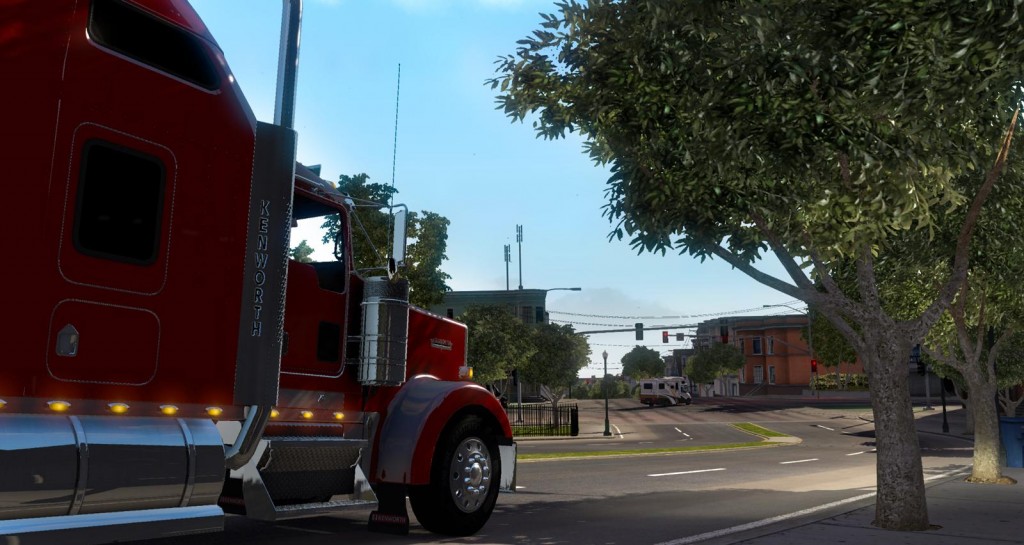 Los Angeles and San Francisco are huge cities in the American Truck Simulator map. We haven’t tried to portray sprawling agglomerations of this type in our games until now, though there was a bit of a hint of it in 18 Wheels of Steel Long Haul. Our ambition is higher now, as we want to capture the feeling of driving in an actual US city, which is quite different from typical European locations.

This trend isn’t only ATS bound, but you’ll get much higher city-feel authenticity in new world expansions coming to Euro Truck Simulator 2.

Check out some fresh screenshots taken from American Truck Simulator!