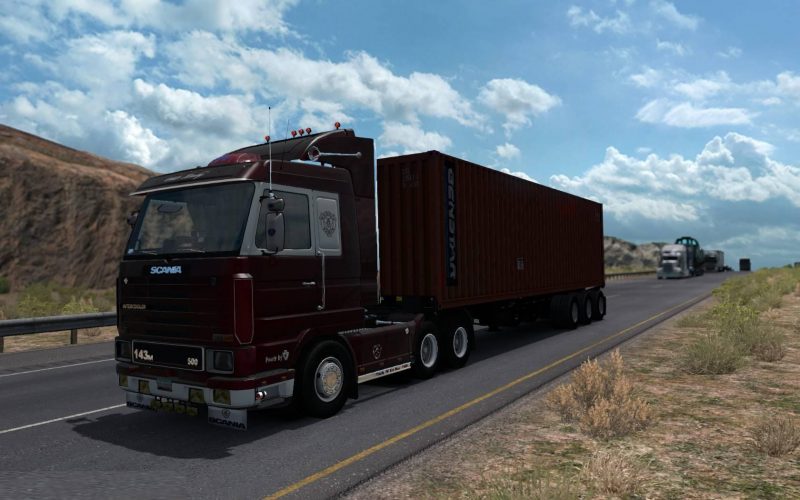 Scania 143M (Truck of year 1989) for ATS.
Buy in Peterbilt dealer.
Lot of tuning available, have his own cabin DLC in separate file.
Many Engines
Many Transmissions
Many Chassis
Have it’s own inetrior
Own Sounds for avalable engines.

INSTALLATION:
Unpack both files from archive with WinRAR or 7-zip(freeware) to your mod folder. Enable both files in mod manager. For correct work cabin DLC file must be above truck file.

IMPOTANT NOTE: Since this mod uses some parts of Scania’s you will need some one of these two Scania mods for ATS to be downloaded and enabled in mod manager. Put it then on the bottom of your mod’s list. You don’t need to buy some Scania S or R or S (2016), R(2016) trucks in the game, you just need some of these two mods to be enabled. These both Scania mods for ATS can be found on Steam.
https://steamcommunity.com/sharedfiles/filedetails/?id=1203725808
http://steamcommunity.com/sharedfiles/filedetails/?id=712693378&searchtext=Scania
Otherwise game will crash.