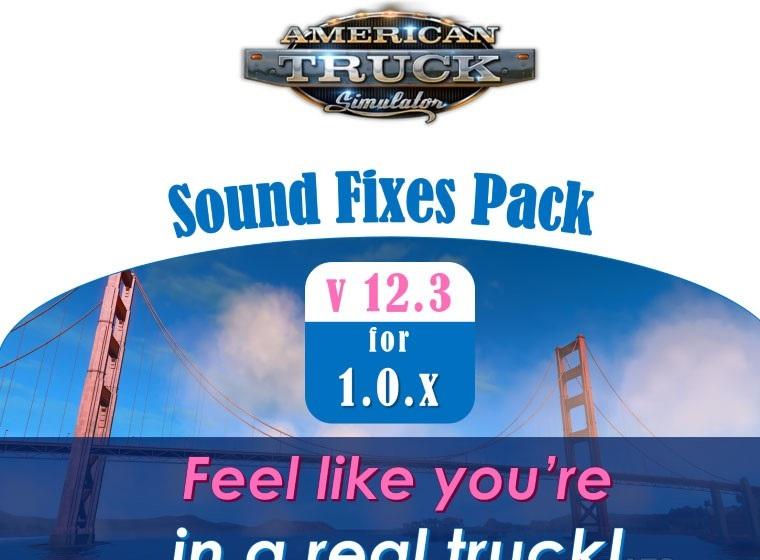 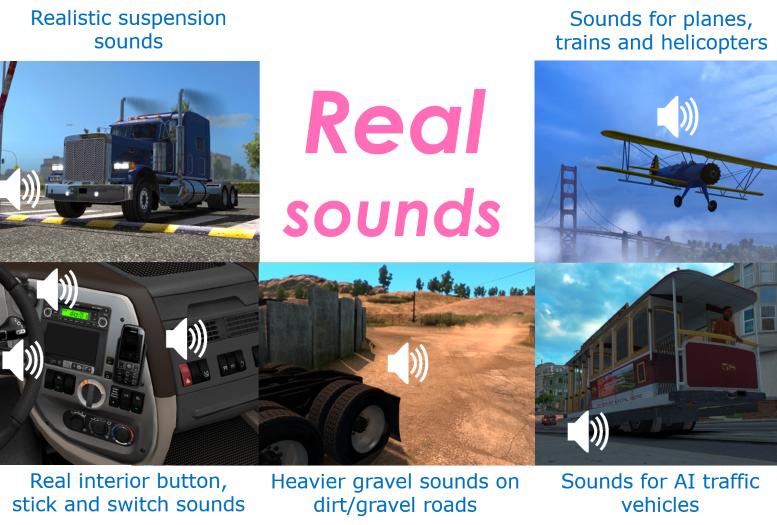 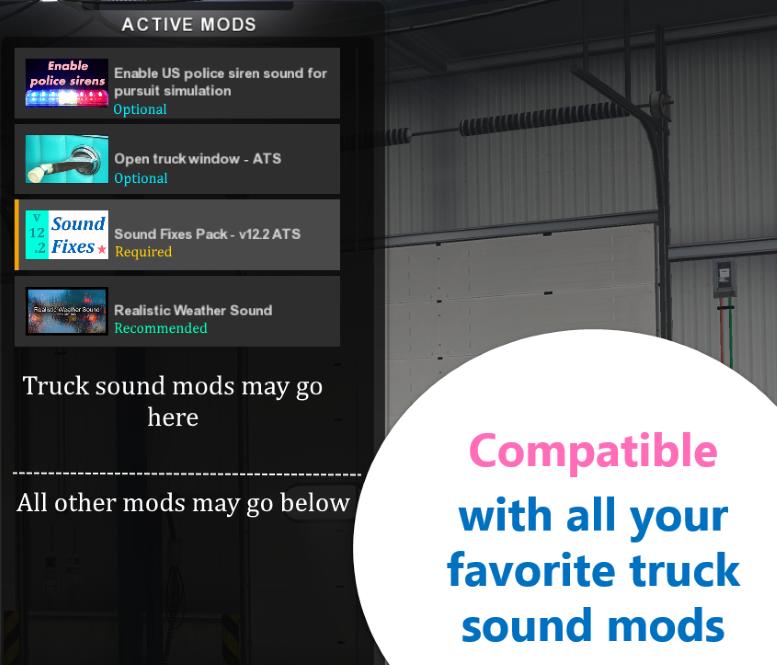 Fixed Nokia ringtone (no longer plays in the Main Menu and only plays when you are late).

FEATURES
=========
Realistic asphalt tire sounds that resonate depending on how fast you are accelerating and what speed you are in, giving a feel for your sense of speed.
Heavier gravel sounds when driving on dirt or gravel roads.

Classic/historic ding sound for while the fuel is pumping (circa 1960s to 1970s). The number of dings give you an idea on how much you refueled.
Real fuel pump, fuel lid sounds, door close and key insertion sound effect for after refueling to a full tank.

AI traffic vehicles given new horn sounds. Depending on the patience of the driver, a short or long honk may be used.
AI traffic trucks/buses given more variations of sounds (turbo, engines, gear changes).
You can hear the slight sound of vehicles overtaking you or passing by you in the oncoming lane.

Wind will sound slightly faster from cabin when you drive at a high speed.
Pattering of rain on windshield audible inside the truck during heavy rain.
Louder volume and reworked audio for biplanes, trains (included train horn), helicopters, cable cars and Boeing planes

May be found in the Options folder when you download the pack.
If using these options, make sure to enable the option with higher priority than the Sound Fixes Pack for the sound to take effect!

Authors:
– SCS Software for base sounds
– Drive Safely for pitch, reverberation and sound edits, some sound samples and compiling mod
– antonvezdehod, Ludmilla and Katixa/Irreo for some tire sounds
– Balamut for some key swing and light suspension sounds
– AlexeyP for some trailer coupling and fuel pump sounds
– Stewen for some improved AI truck sounds
– nIGhT-SoN for raindrop definitions