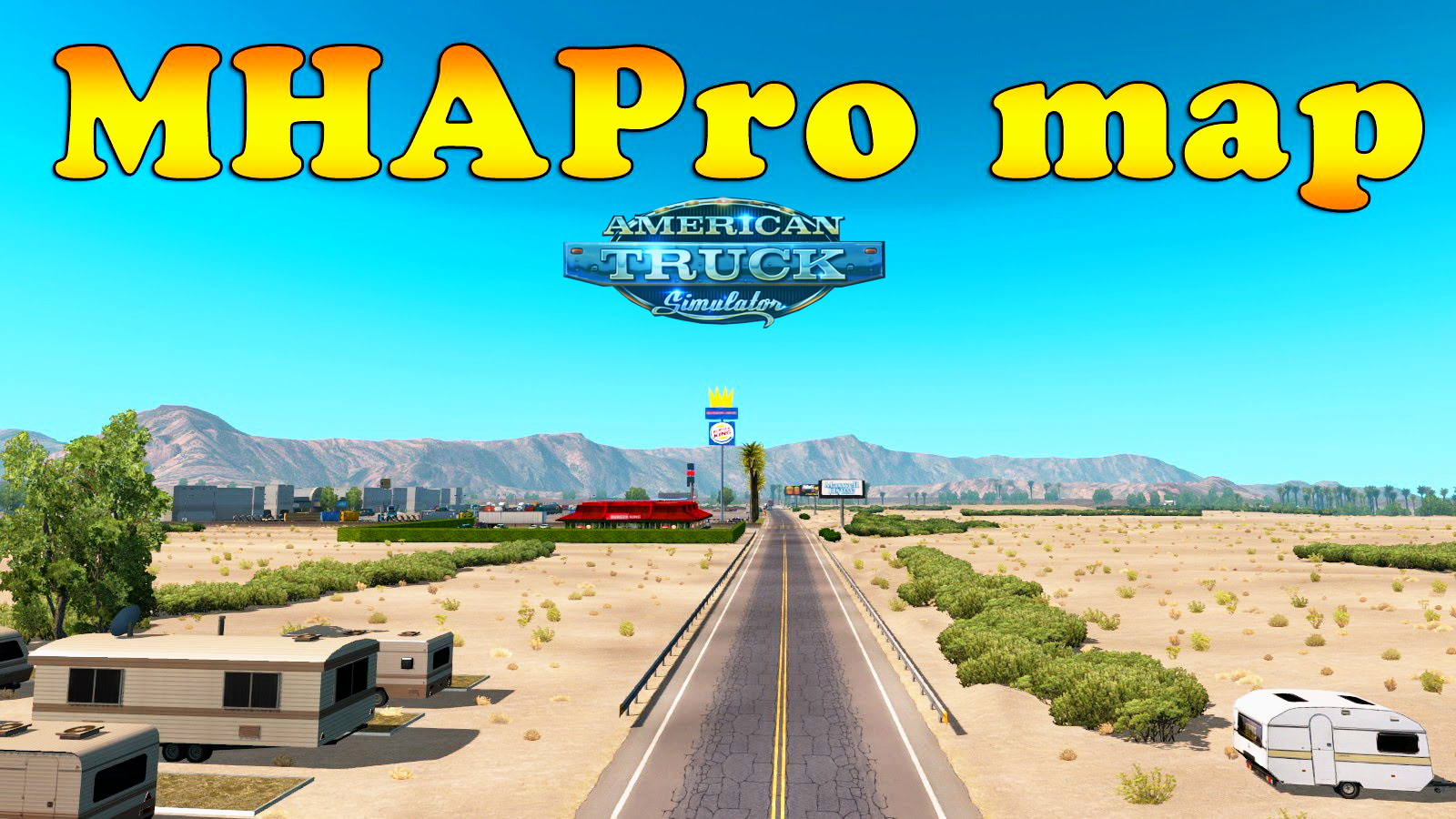 Features MHAPro Map ATS:
– New unusual companies, new facilities, interchanges and roads;
– Complicated unloading in some companies (optional);
– New gas stations, parking lots, parking lots, and many other objects;
– 64 cities;
– 63 companies;
– Must have in the game: DLC New Mexico, Oregon and other map extensions;
– Compatible with many cards that do not affect the standard, for example Viva Mexico;